Here are some impressions of the christmassy town of Augsburg, Germany.

Here is a Christmas Decoration at the Mettlochgässchen. The “Goldene Schreibstube” (golden typing room or kontor) of Jakob Fugger, the famous businessman of Augsburg, was located in this little alley. The house on the left side of the picture was the house of the Fugger, between 1488 and 1707.

Here we have a look down the Philippine-Welser-Str. and its Christmas decoration. Behind the market stall you can see the upper part of the “Fuggerdenkmal”. The monument is not showing Jakob Fugger, but its nephew Johann Jakob Fugger. And in the background the “Köpf’sches Palais”. Originally this house has been more houses, which were joined together in 1578 by Johannes Holl. The oldest parts of this house are from the 14th century. 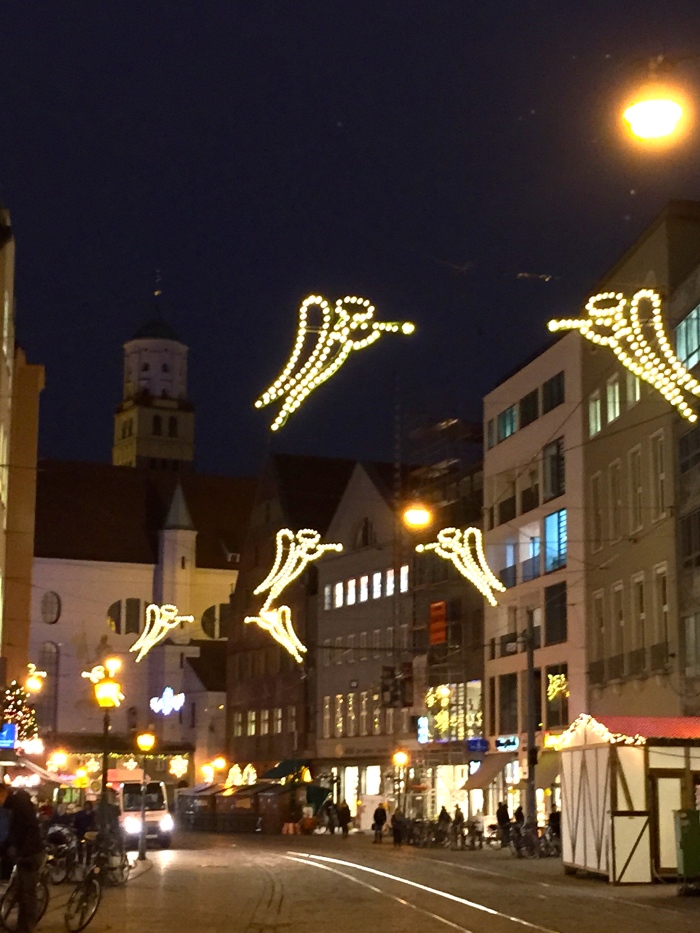 Now we are looking onto St. Moritz, the church between St. Ulrich and the Cathedral of Augsburg (Unserer lieben Frau).

St. Moritz is one of the oldest churches in a city of Bavaria. Originally it was builded in 1019. At this time it was outside the City of Augsburg and about half the distance between the Cathedral and St. Ulrich. The church has been reconstructed several times over the centuries and was destroyed during the night of bombing on 24./25. of February 1944. It was again reconstructed and has a complete new look since 2013. The designer and architect of this reconstruction is John Pawson, London. 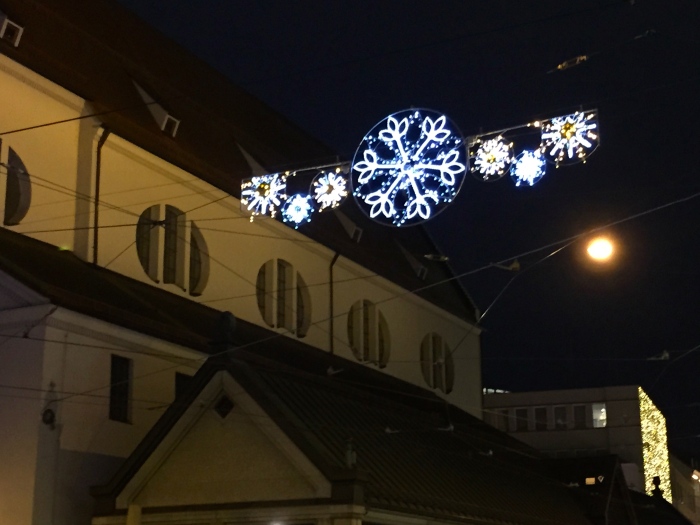 Across the street is the Weberhaus of Augsburg.

In the background you see the town hall of Augsburg. On the place beneath there is the famous Christkindlesmarkt. 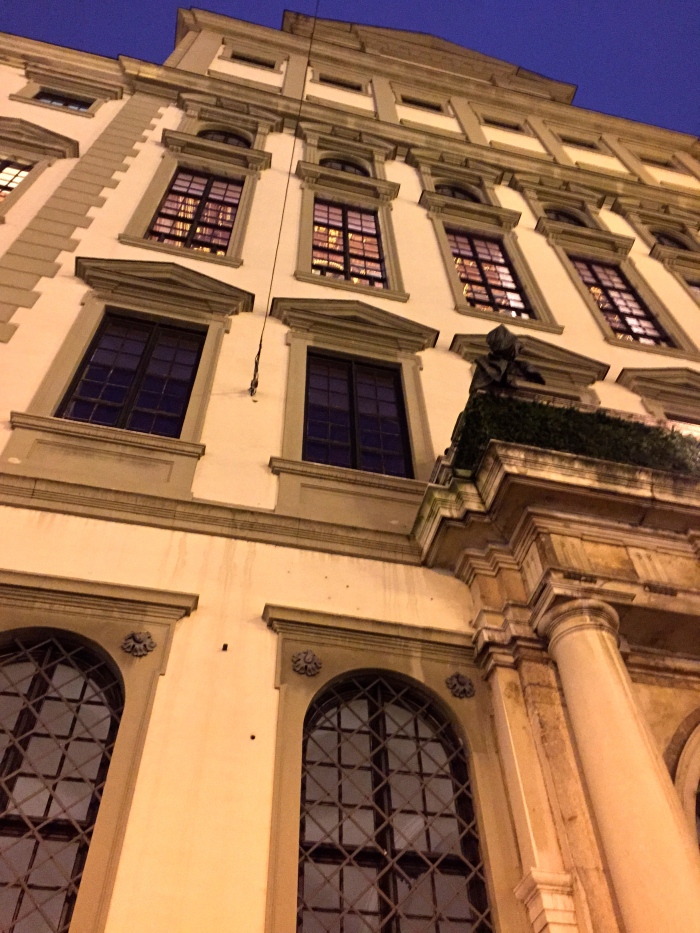 Now some impressions from the Christkindlesmarket: 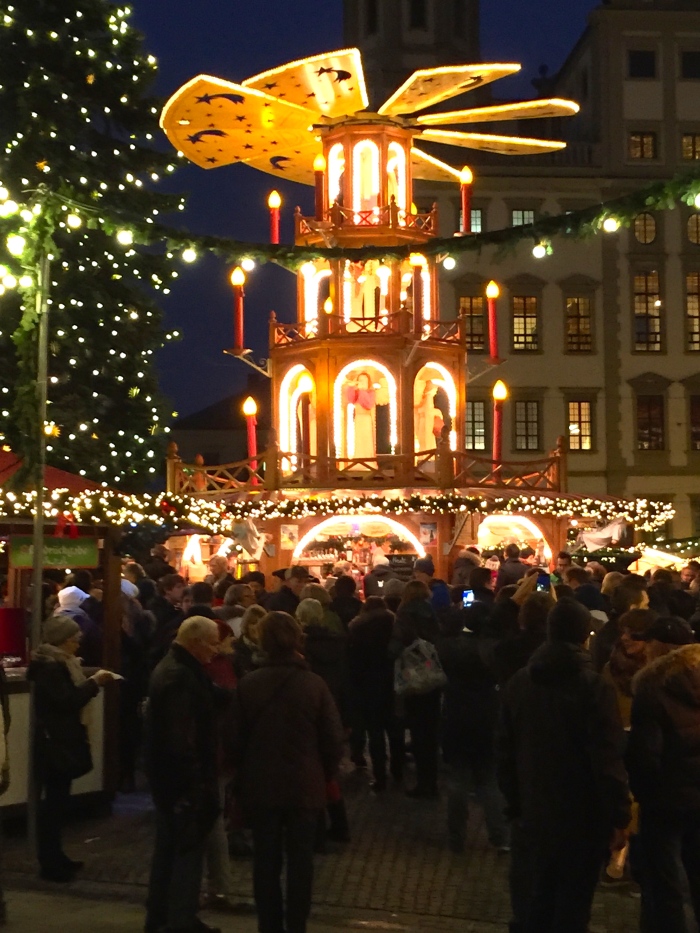 Next the tree and the Christmas Crip is the Post Office of the Christkindl.

Here you see the Advent Calendar of Augsburg. The windows above the Christkindlesmarkt are our Advent Calendar. Each day another windows will be opened and will show another design. 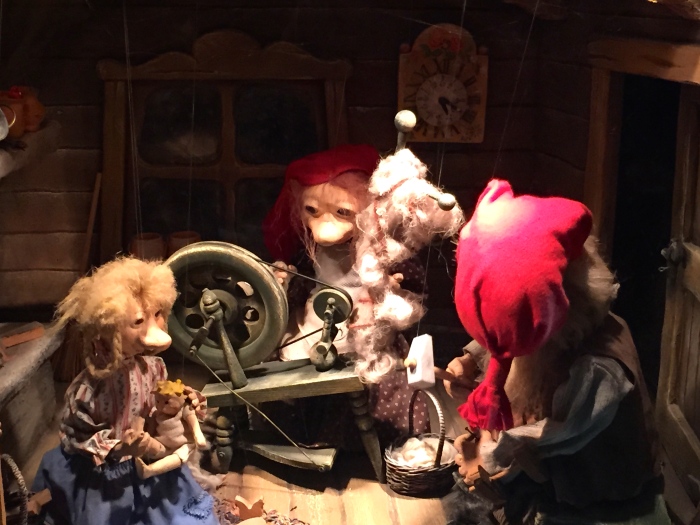 Some windows in the city are decorated to tell a fairytale. Here you see gnomes in their home, making preparations for Christmas.

Also famous the Angel Performance on the balcony of the town hall.

If you look close you see the Emperor Augustus in front of the Christmas tree.

And it came to pass in those days, that there went out a decree from Caesar Augustus, that all the world should be taxed.
– King James Version (Cambridge Edition)

The Christmas Crip of Augsburg beneath the Christmas tree on the town hall place next to the statue of Emperor Augustus, the founder of the city.

Posted on December 24, 2014 by knittingkonrad in Augusta Vindelicorum

8 thoughts on “For Cindi ~ A Merry Christmas”