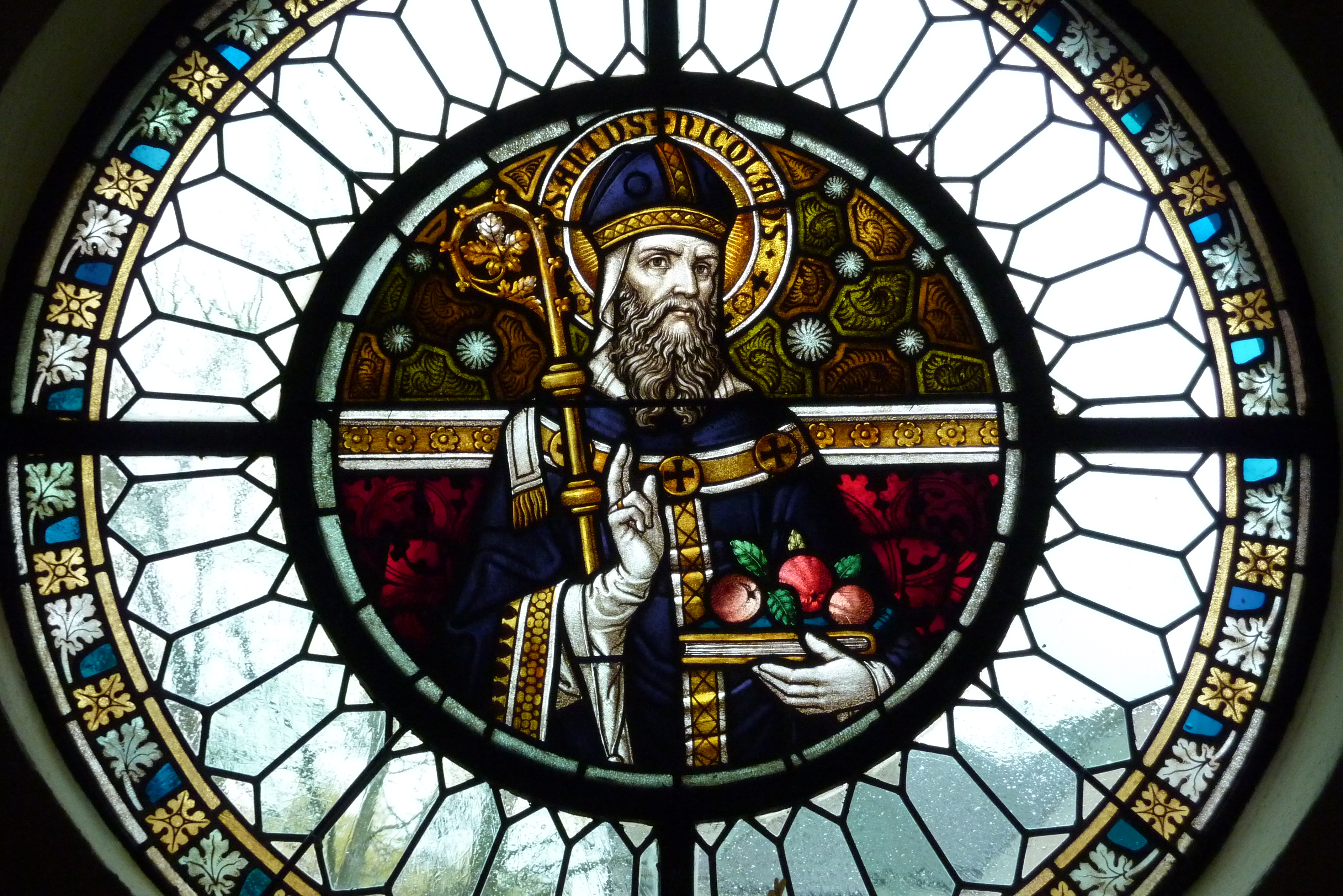 Saint Nicholas has little to do with Santa Claus. St. Nicolas is the third pre-Christmas character here in southern Germany besides the Nussmärtel on St. Martin’s Day and St. Barbara on 4th of December. Here in Germany Saint Nicholas is coming to the children bringing them gifts. Tonight only one question counts: “Have you been a good girl/boy last year?” This question goes back to todays pericope the parable of the talents. A depiction of the parable of the talents, showing two men begging from another
Date: 1712
Source: A Woodcut from Historiae celebriores Veteris Testamenti Iconibus representatae, taken from http:/www.textweek.com/art/parables.htm
Author: Unknown

His lord said unto him, Well done, good and faithful servant; thou hast been faithful over a few things, I will make thee ruler over many things: enter thou into the joy of thy lord. (Matthew 25, 23, King James Version)

In most parts of Southern Germany Saint Nicholas gives presents and praise to the good children, whereas he blames the bad ones. Which children has been good or which has been bad the last year is all written down in his golden book. Saint Nicholas has also a companion. His name differs from region to region. Krampussen (Kramperln) in Austria, South Tyrol, Hungary and the southern part of Germany, whereas in the northern part he is called Knecht Ruprecht. Whereas Saint Nicholas offers gifts to the good children, the task of the Krampus is to frighten the children which were bad.

Whereas Saint Nicholas is a christian Saint the Krampus is not. It is much older and is tracing back to the Roman Saturnalia. He is representing the tamed evil.

Well, I must have been a good boy this year, cause Saint Nicholas brought me this: 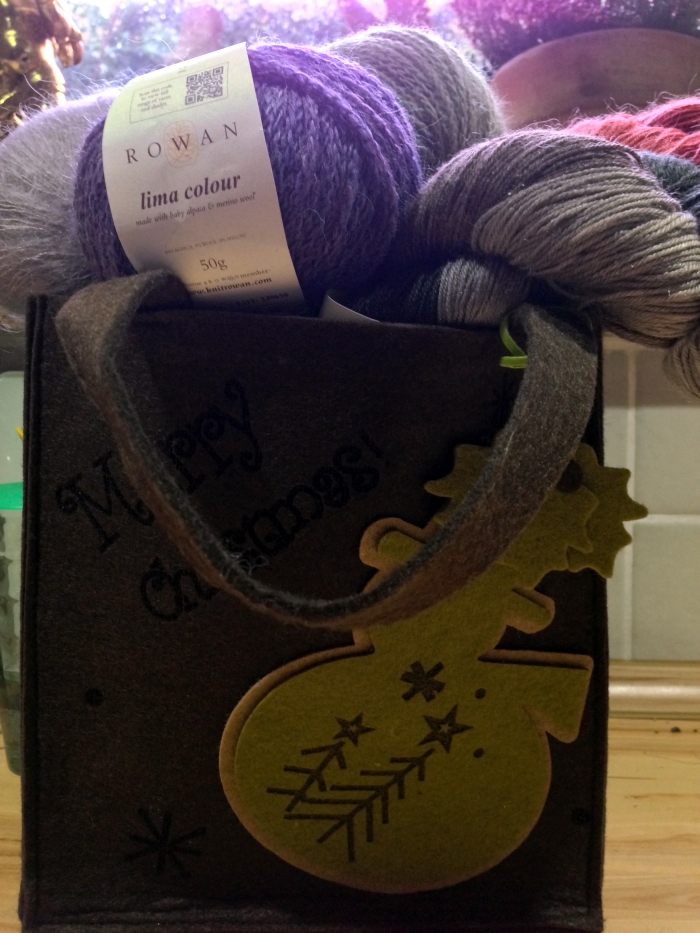 With the appearance of Saint Nicholas everyone knows, Christmas is near!

Posted on December 5, 2013 by knittingkonrad in Rowan, Augusta Vindelicorum 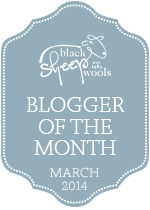