Why begin with the Vikings? It was already 800AD when they turned up here. Others came much earlier but the Vikings are the first whose comment we can quote. A scout, sent ashore from the longboat is alleged to have reported, “Ullamhdha”, Viking for ‘Nobody Home’. They named the island ‘Ullfur’, their word for ‘Wolf Island’ then came ashore and built Glackindaline Castle on Dun Ban, a small rock-ribbed island connected by a causeway to the northwest shore of Ulva. If the Vikings cared to look, they could have found evidence of much earlier inhabitants. The standing stones of Ulva stood then where they stand today, the mute and mysterious legacy of a pre-Celtic, megalithic people who lived on Ulva around 1,500 BC and vanished before the Vikings arrived.

Lisa Richardson is using moss-stitch and three colours of Rowan Felted Tweed for this design. Alternating the colours in every row and the use of moss-stitch is creating a wonderful tweed effect on this feminine design.

I love this design for being so feminine and using simple stitches and colour-changes for an outstanding fabric. 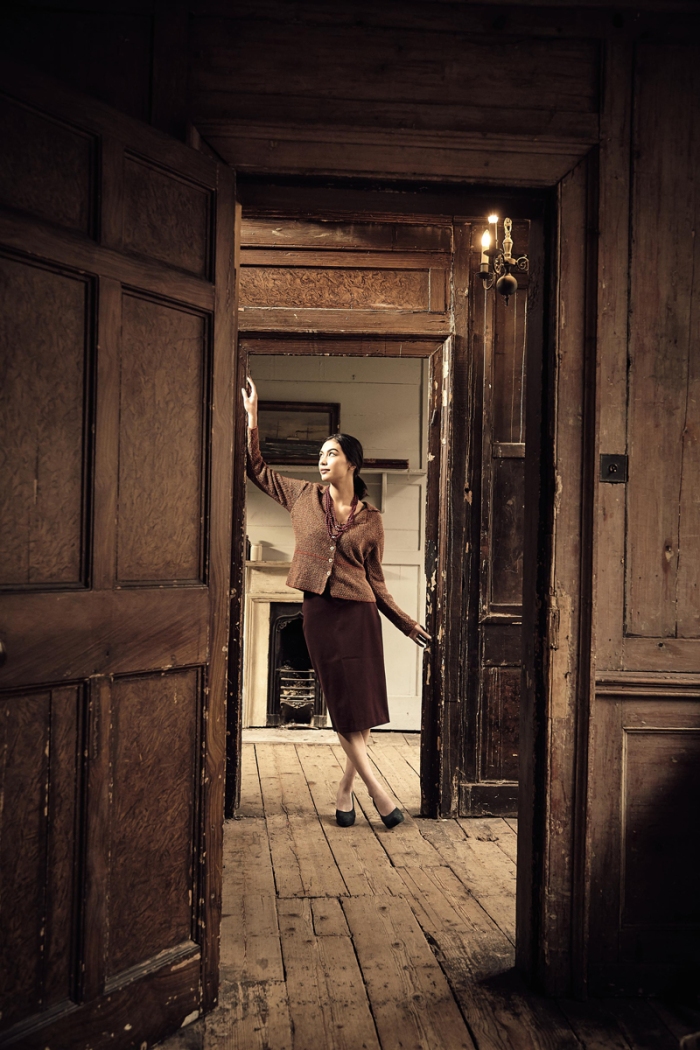